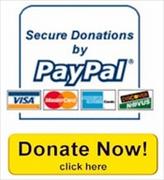 The Ancient City of UR

Ur is an ancient city-state of Mesopotamia located in the Dhi Qar Governorate of southern Iraq.

The earliest period of occupation dates from the prehistoric Ubaid period sometime between 6500 to 3800 BCE, when the landscape was flooded regularly by the Euphrates and the Tigris rivers, which some scholars suggest is the source of the Mesopotamian floods from mythology.

During the 4th millennium BCE, the region was settled by the Sumerians, a non-Semitic and non-Indo-European agglutinative language isolate that developed a close cultural symbiosis with the East-Semitic Akkadians by the 3rd millennium BCE.

The first royal dynasty of Ur was established during the Early Bronze Age, with Ur becoming the capital of southern Mesopotamia around 2500 BCE. The city would come under Akkadian influence with the rise of the Akkadian Empire between 2400 and 2200 BCE, before coming under Gutian rule with the empire’s collapse during the mid-22nd century BCE.

Ur would once again come under Sumerian rule with the founding of the Third Dynasty of Ur, also called the Neo-Sumerian Empire by King Ur-Nammu around 2047 BCE. This period would see a renaissance of Ur, reaching a population of 65,000 inhabitants and an empire that controlled the cities of Isin, Larsa, and Eshnunna, and extended as far north as Upper Mesopotamia.

The state was organized into a highly centralized bureaucratic system in which the Code of Ur-Nammu was written, the oldest known law code that survives today. Various large-scale building projects were also constructed, most notably the Ziggurat of Ur in dedication to Nanna/Sîn, and an intricate system of irrigation channels to improve crop yields.

By the late Bronze Age, the city came under the first dynasty of (Amorite) of Babylonia, but fell to the native Akkadian ruled Sealand Dynasty for over 270 years, and was reconquered into Babylonia by the successors of the Amorites, the Kassites in the 16th century BCE.

Over the centuries, the rulers of Ur would change hands several times, but the power and wealth of Ur would eventually decline around 530 BCE with the fall of Babylonia to the Persian Achaemenid Empire, and was abandoned by the early 5th century BCE (possibly as a result of the changing river patterns in the region).