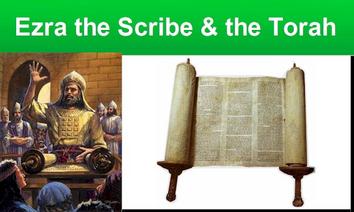 Before the Common Era (BCE)

350,000 -- Tabun Cave on Mount Carmel -- Oldest tool identified to date; used by hominids, before the advent of modern humans. SOURCE

3000 -- Mesopotamia -- There were twelve cities in the Mesopotamian plain, each supported by produce grown by peasants in the surrounding countryside. Each village had to bring its entire crop to the city it served; officials allocated a portion to feed the local peasants, and the rest was stored for the aristocracy in the city temples. (Fields of Blood, p. 23).

957 -- Israel -- King Solomon completes the building of the First Temple in Jerusalem. It replaced the Tabernacle in the Wilderness of Moses. (click here)

536 -- Babylon -- First Decree of Cyrus the Great: Begins construction on Second Temple Jerusalem and a group of exiles can return.

519 -- Babylon -- Decree of Darius I of Persia: Resume construction of Temple in Jerusalem with additional funding.

518 -- Babylon -- Darius I orders governor of Egypt to collect the laws of Egypt and redact them to produce copy.

459 -- Babylon -- Decree of Artaxerxes I of Persia: Appoints Ezra to be his representative Judah.

458 -- Jerusalem -- Ezra arrives from Babylon with a Torah scroll, a scroll of the Persian law & funds for temple.

322 -- Greece -- Persian Empire falls to Alexander the Great of Greece and Israel under the rule Greeks.

42 - Rome - Two years after his death Caesar declared to be a god by Senate.

27 -- Galilee & Judea -- Yeshua (Jesus) baptized by John the Baptist; becomes the Anointed One (Christ) and the Adopted Son of God. This is the beginning of his movement. He is 30 years old.

30 -- Judea -- Yeshua crucified by Romans (Age of the Apostles Begins).

​66 -- Rome -- Peter and Paul executed during persecutions under Emperor Nero -- Paul was beheaded and Peter was crucified upside down.

325 (May) - Nicaea – First Roman Church Council in which a Roman Emperor is involved. Emperor Constantine the Great rules God and Jesus "are of the same substance" -- Jesus is a god.

385 -- Spain -- First instance of capital punishment for heresy; Bishop Priscillian and six of his followers tortured and decapitated with the approval of a Synod in Trier. (Blasphemy, p. 44)

412 -- Hippo -- Bishop Augustine creates "Doctrine of Original Sin" -- all humans are sinners at birth because of Adam's sin. This created the need for a universal sin that required a universal savior and a universal church.

415 -- Alexandria, Egypt -- Christians under the patriarch Cyrillus engage in murderous attacks against Novatian schismatics, kidnapped the foremost Platonic philosopher of her time, Hypatia, stripped her in a church, and tore her limb from limb. (Blasphemy, p. 44)

450 -- Britain ​-- Three Germanic tribes invaded Britain the Angles, the Saxons and the Jutes. The tribes spoke similar languages, which in Britain developed into what we now call Old English.

451 -- Chalcedon – Church Council creates the “Doctrine of the Trinity.”

476 – Rome -- Last emperor, Romulus Augustulus, captured by the Goths. End of Roman Empire in the West.

1492 -- America -- On October 12 Columbuslands on one of the Bahamian islands, likely San Salvador.

1493 -- America -- Columbus returns to search for gold, but finds none so he sends 500 native slaves to Queen Isabella. He returns as "viceroy and governor. Promptly instituted policies of slavery and systematic extermination against the native Taino population and reduces it from eight million to about three million by 1496.

1534 -- England -- King Henry VIII creates the Church of England by separating from the Roman Catholic Church.

1610-1611 -- Virginia Colony America -- Dale’s code commanded that God be daily served and that anyone not attending prayers twice daily would be “duly punished.” It provided for death to anyone who maliciously spoke against the doctrine of the Trinity, any person of the Trinity, or the “Articles of the Christian faith.” It fixed death as the penalty for blasphemy against God (unlawful oaths, taking the name of God in vain, or calling on God to damn someone. It expired in 1619. (Blasphemy, p. 238)

1655 -- America -- Jews win the right to settle in New Amsterdam and establish a Jewish community.

1660 -- England -- Dissenters left the Church of England and established their own Separatist congregations (Puritans).

1697 - England -- Blasphemy Act 1697 passed by Parliament that made it an offence for any person, educated in or having made profession of the Christian religion, by writing, preaching, teaching or advised speaking, to deny the Holy Trinity, to claim there is more than one god, to deny the truth of Christianity and to deny the Bible as divine authority. In effect, the act of 1698 converted heresy into blasphemy by including as part of the crime of blasphemy denials of the truth of the Christian religion. (Click Here)