The Sermon on the Mount is one of the largest and most important copies of the teachings of Yeshua (the Jewish Jesus) that we have today. It survived the 2000 year journey of being passed down from one generation to the next by non-Jews from a variety of non-Jewish cultures. The major problem is people -- who did not understand the Jewish culture or the Hebrew Scriptures of Yeshua -- copied the manuscripts, made English translations of his teachings and created the Belief Systems that over 2 billion Christian use to understand who Jesus is and what he taught. This same toxic mix has been a major factor in producing crusades, inquisitions, indulgences, the holocaust, an immunity to the suffering of others, and an estimated 40,000 Christian denominations and paradenominations that compete against each other in America today!

Are the above things Yeshua had in mind for his followers to be actively involved in as he taught his disciples on the mountain that day? This is the Christians today must answer. The bottom line is that it all comes down to one question -- which of the following did Yeshua teach:

● "BELIEVE IN ME” -- Believe I exist or believe man-made theologies about me.

The answers Christians choose define the purposes of their lives and the priorities of Christianity.

This makes a culturally accurate understanding of what Yeshua taught very important. And, it not only affects the religions of Christianity, it also affects the nations in which Christians live -- especially those in which Christians make up a majority of the population like America. The answer to the above question determines whether they are a major factor in determining the path of their nation or passive bystanders.

When Christians understand Yeshua's teaching in the context of his culture at that time period, an amazing transformation takes place in their lives. One thing I have witnessed many times over the past thirty years, as I shared what Dr. Ike Tennison, Rabbi Jeffrey Leynor and I have learned about Yeshua with Christians who were from a variety of churches, denominations and unaffiliated is this -- almost all of them earnestly want to understand what Yeshua taught as accurately as possible. And, as they learned what he actually taught, they almost intuitively felt the truth of it within them and Belief Gaps that had separated them disappear.

Almost all of Yeshua's followers were Jewish and they understood that his teachings were loaded with hints and references to well-known Jewish ideas from their Jewish Scriptures. They had been hearing many of the same ideas every Shabbat as they set in synagogues with their families listening to the words of the Torah, Prophets and Writings read from Hebrew scrolls. After those readings, they were discussed and interpreted by scribes and learned teachers. Synagogues followed scheduled reading cycles, so as soon a cycle was completed it began again on the next Shabbat (Friday sundown to Saturday sundown).

When Yeshua used certain words or phrases, they knew exactly which context of Scripture they came from and what they meant. Readers today do not have that background and therefore miss his most important points. In this article I am going to provide some of those cultural clues that will help you more accurately understand what Yeshua taught. I promise you that what you are about to read will probably challenge your BS (Belief System). So, before we begin I am going to ask you to follow the guideline I would as you to follow if you attended a live study with us. It helps keep us on track and reduce tensions often related to belief system challenges:

My belief system will be large enough to include all of the facts;

open enough to be tested;

and flexible enough to change if errors or new facts are found.

I created this guideline around 1988 and it has worked very well. So, let’s begin with a lesson Yeshua taught about his Jewish Scriptures (keep in mind that the first versions of "Christian Scriptures" will not appear to over a century later). This text is found in Matthew 5:17. Modern translations usually look something like this:

What he actually said was this:

Do not think that I came to destroy the Torah or the Prophets.

I did not come to destroy but to fulfill.

There are a lot of Christian doctrines linked to the word "law." They usually have a very negative view of the word "law." The Torah and the Prophets during the time of Yeshua were groups of scrolls that were considered as Scripture. Today, they are the first two sections of the Jewish Bible, which is called the Tanakh. The word Tanakh reflects the three sections within it -- TaNaKh (T= Torah, N = Nevi'im [Prophets], and K = Ketuvim [Writings]). This is what his Jewish audience heard when he spoke:

I am not here to misinterpret the words of the scrolls of the Torah and Prophets.

I am here to correctly interpret them.

​How did we come up with this translation? Yeshua wasn't the only one to use the phrases “abolish or fulfill the Law.” Below is an example from the Talmud (Shabbat 116a-b):

"Imma Shalom, R. Eliezer's wife, was R. Gamaliel's sister.  Now, a certain philosopher lived in his vicinity, and he bore a reputation that he did not accept bribes.  They wished to expose him, so she brought him a golden lamp, went before him, [and] said to him, `I desire that a share be given men in my [deceased] father's estate.'  `Divide,' ordered he.  Said he [R. Gamaliel] to him, `It is decreed for us, Where there is a son, a daughter does not inherit.'  [He replied], `Since the day that you were exiled from your land the Law of Moses has been superseded and another book given, wherein it is written, `A son and a daughter inherit equally.'  The next day, he [R. Gamaliel] brought him a Libyan ass.  Said he to them, `Look at the end of the book, wherein it is written, I came not to destroy the Law of Moses nor to add to the Law of Moses, and it is written therein, A daughter does not inherit where there is a son.' . . ."

Why would Yeshua tell his disciples “he didn’t come to destroy but fulfill” the Torah and the Prophets? Unless you understand what those words meant in his culture, you may come up with all kinds of strange ideas, i.e., he wanted his disciples to ignore the words of their Scriptures because they no longer applied to them. 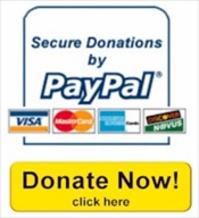 How valuable and important is it for Christians to understand the life and teachings of the Yeshua?

Important enough for you to share and discuss this information with others?

Valuable enough to help fund our work by donating now -- or even better -- be a monthly contributor?