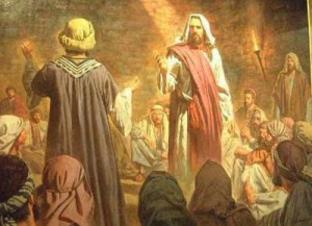 I desire mercy.
I do not desire sacrifice.

Go and Learn What This Means

As Yeshua passed on from there, he saw a man named Matthew sitting at the tax office. And he said to him, “Follow me.” So he arose and followed him. Now it happened, as Jesus sat at the table in the house, that behold, many tax collectors and sinners came and sat down with him and his disciples. And when the Pharisees saw it, they said to his disciples, “Why does your Teacher eat with tax collectors and sinners?”

When Yeshua heard that, he said to them, “Those who are well have no need of a physician, but those who are sick. But go and learn what this means: ‘I desire mercy and not sacrifice.’ For I did not come to call the righteous, but sinners, to repentance.”

“Go and learn what this means” has to be a clue about something that was very important to Yeshua, and something he wanted his people to learn. What did he want them to learn? It was the meaning of this – “I desire mercy and not sacrifice.” When we use the BHC Linguistic Model for Bible Study, we find two important parallel terms:

The people hearing those words from Yeshua clearly understood that the reference to sacrifice was linked to something they knew very well – the sacrificial system as the Temple. The Temple influenced their lives in many ways. Yeshua raised two very significant questions in their world – why did he desire mercy more than a Temple ritual and what does mercy mean? Let’s begin by defining “mercy” -- "compassionate or kindly forbearance shown toward an offender, an enemy, or other person in one's power."

Over the past 2000 years there have been many opinions about Jesus, but I believe almost everyone will agree that Yeshua was a good teacher. His followers were known as “disciples,” which Dr. Ike Tennison likes to call “learners.” Over the past decades we have translated and discussed many portions of the Gospels that contain the lessons he taught. Somehow we overlooked what should have been one of the most obvious accounts that portrays Yeshua in the role of teacher.