“Not one of your pertinent ancestors was squashed, devoured, starved, stranded, stuck fast, untimely wounded, or otherwise deflected from its life’s quest of delivering a tiny charge of genetic material to the right partner at the right moment in order to perpetuate the only possible sequence of hereditary combinations that could result eventually, astoundingly, and all too briefly — in you.” (Bill Bryson, A Short History of Nearly Everything)

Bill Bryson sums up the reason we all exist – a tiny charge of genetic material. The “genetic material” is DNA (deoxyribonucleic acid). ​ We are members of one of the three million species with a DNA code. The entire code of specie is called a “genome” and sections of DNA are called “genes.” This how the number of genes a human has compares to other species. 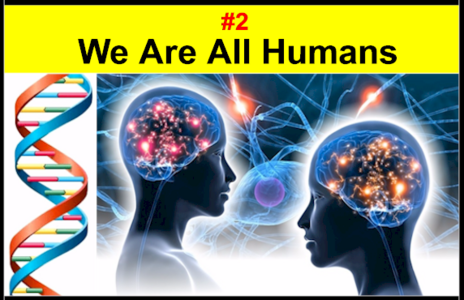 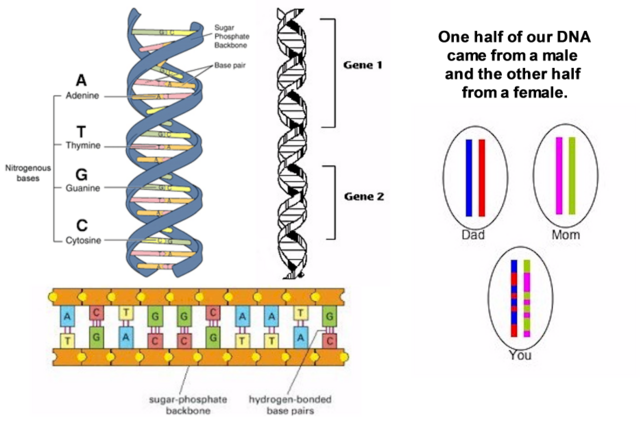 ​Genes contain instructions that tell cells what to do and when to do it – make a muscle, bone, lung, toe, brain, etc. The Human Genome is the complete set of genetic instructions required to create a human body. It contains about 3,000,000,000 (three-billion) letters.

An amazing fact about each of our genetic codes is this –
humans are genetically 99% identical creatures.

Physical differences between people are found in the instructions of the remaining 1%. Being aware of the role DNA plays in humans lives is an important part of exploring biblical heritages.