The name of the painting (translated in English) is – Landscape of Apollo and Mercury. Apollo is playing the violin and Mercury is herding the cattle. They are gods, not humans!  This required a new belief model (#4) to replace my belief model for “humans.”

● Mercury was the Roman god of commerce that often serves as a mediator between the gods and mortals, his winged feet giving him the advantage of speed.

This teaches an important lesson. Simply changing one belief model can dramatically change a complete beliefscape -  and thus change a reality too.

​Think of a “beliefscape” as a “brain selfie” of what’s going on at the subconscious level at a specific moment in time. Beliefscapes give us a new way to understand and discuss our beliefs – the building blocks of the realities we experience as life.  ​ 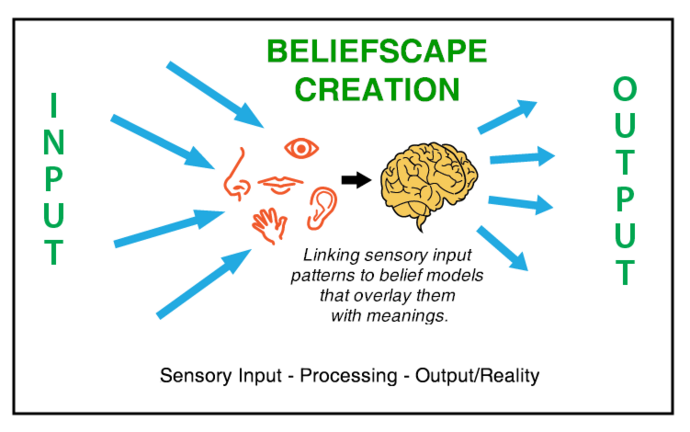 ​Memes are pieces of information – parts of memories – that exist in synaptic constellations stored in neural networks of the brain. Belief Models are meme-structures constructed of four types of memes: Identification, Expectation, Distinction and Strategy memes (see types above picture). My brain subconsciously linked belief models to things I saw in the painting. Three of those belief models are identified as castle, bridge and human – three things that immediately caught my attention.

● Expectation Memes are beliefs about things that may happen or be the case in the future.

● Distinction Memescategorize and labeling things in ways that make it possible to make distinctions between them.

● Strategy Memes are floating rules of thumb about what to do in applicable situations to achieve desired results.

In addition to understanding the make-up of belief models, we must identity the sources of beliefs.

1. Individual Beliefs are created by individuals who place trust or confidence in memes without any evidence or factual proofs.

2. Institutional Beliefs are created by institutions. They are backed by authority and/or force; and they are in accordance with institutional standards.

3. Fact-Based Beliefs are memes linked to things that have the quality of being actual and are observable and measurable. If no humans existed, facts would exist.

The three Belief Models shown with the painting above are well-known because they are fact-based. People around the world have seen those things in their own lives. However, they are my belief models in the beliefscape my brain created for the painting.

Our next project is to discover the belief models of the painter and create a beliefscape for him or her. The picture was painted by the French artist Claude Lorrain in 1645 and below are his belief models. 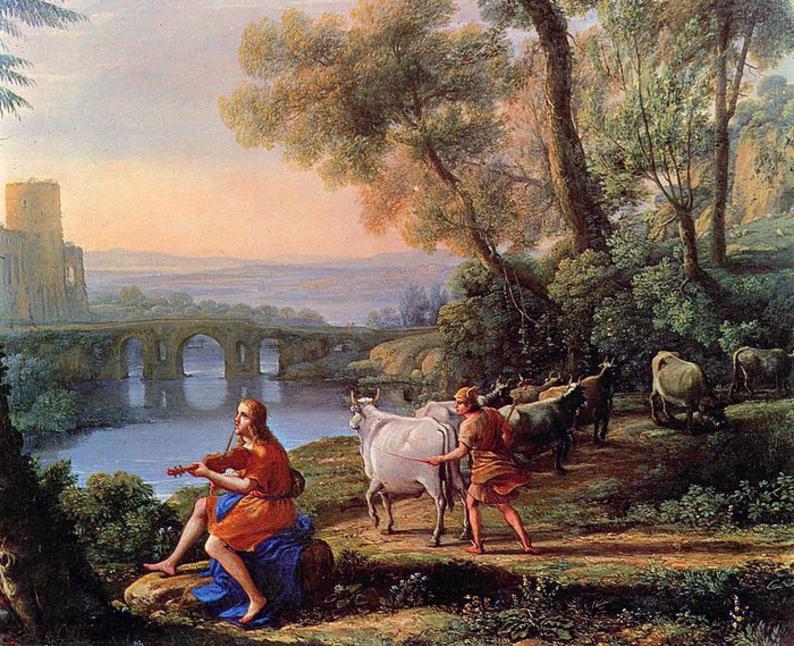 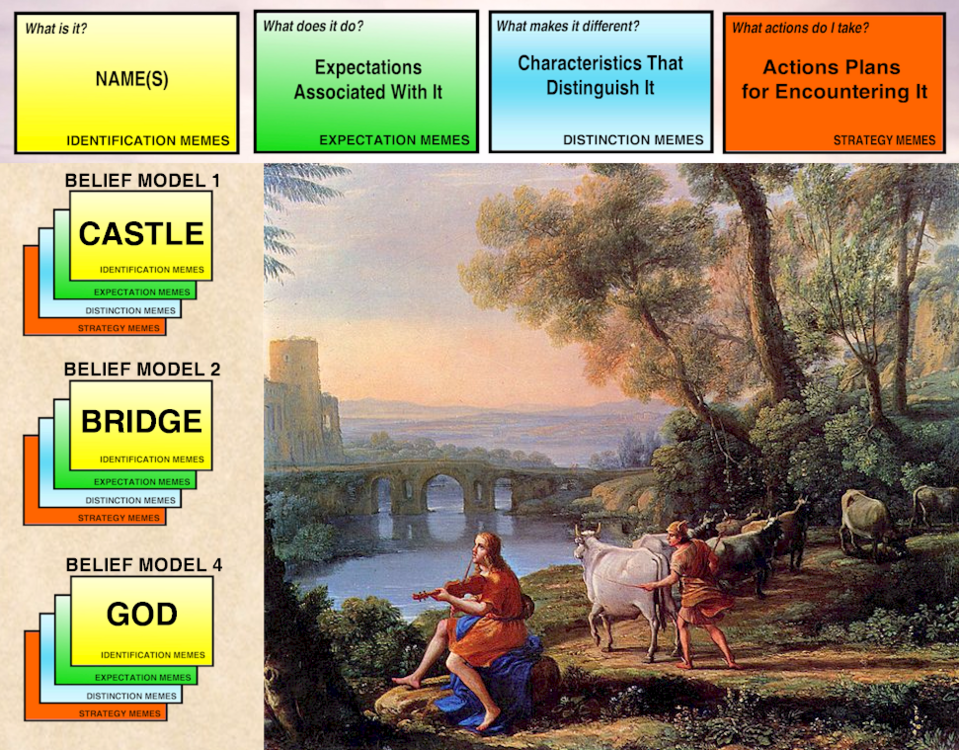 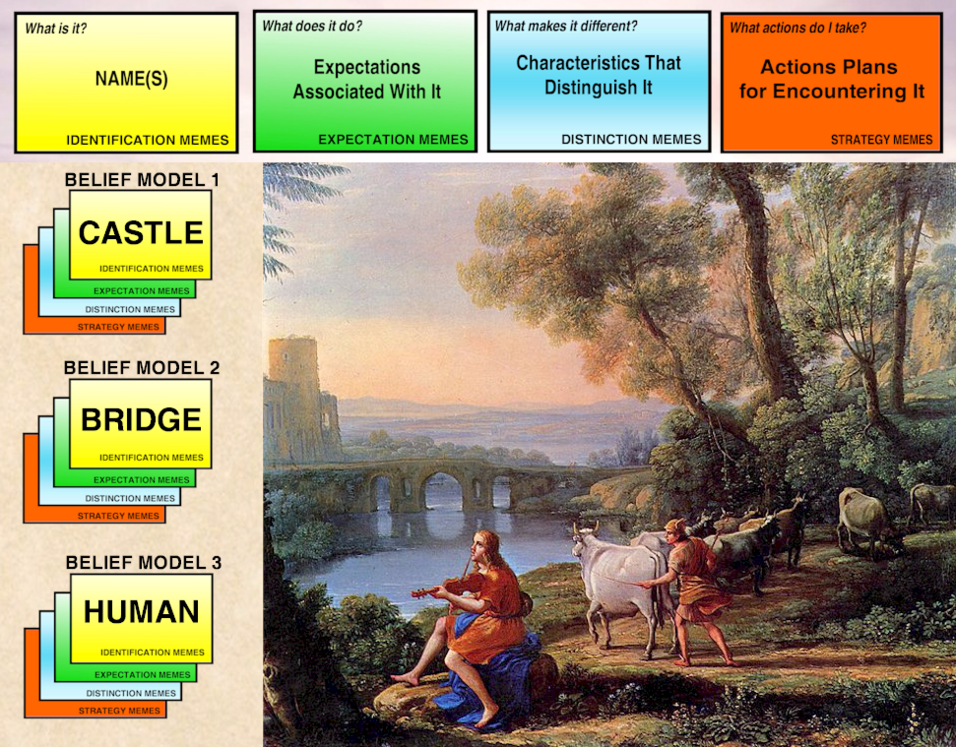