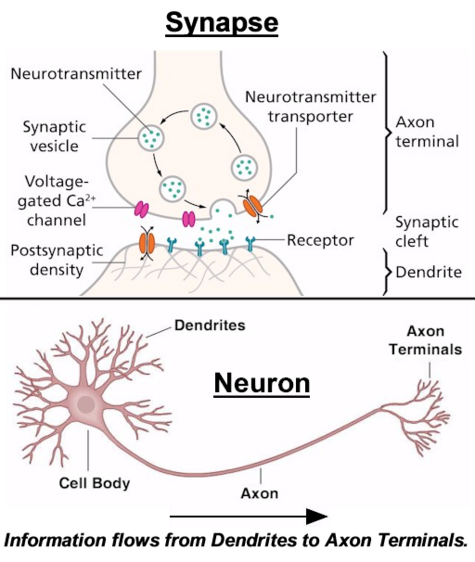 The following is from a book that BHC highly recommends -- Livewired: The Inside Story of the Ever-Changing Brain by David Eagleman (pp. 3, 6-9).

Our machinery isn’t fully preprogrammed, but instead shapes itself by interacting with the world. As we grow, we constantly rewrite our brain’s circuitry to tackle challenges, leverage opportunities, and understand the social structures around us.

Our species has successfully taken over every corner of the globe because we represent the highest expression of a trick that Mother Nature discovered: don’t entirely pre-script the brain; instead, just set it up with the basic building blocks and get it into the world. The bawling baby eventually stops crying, looks around, and absorbs the world around it. It molds itself to the surroundings. It soaks up everything from local language to broader culture to global politics. It carries forward the beliefs and biases of those who raise it. Every fond memory it possesses, every lesson it learns, every drop of information it drinks – all these fashion its circuits to develop something that was never preplanned, but instead reflects the world around it. . . .

Of all the objects our species has discovered on the planet, nothing rivals the complexity of our own brains. The human brain consists of eighty-six billion cells called neurons: cells that shuttle information rapidly in the form of traveling voltage spikes. Neurons are densely connected to one another in intricate, forest-like networks, and the total number of connections between the neurons in your head is in the hundreds of trillions (around 0.2 quadrillion). To calibrate yourself, think of it this way: there are twenty times more connections in a cubic millimeter of cortical tissue than there are human beings on the entire planet.

But it’s not the number of parts that make a brain interesting; it’s the way those parts interact.

In textbooks, media advertisements, and popular culture, the brain is typically portrayed as an organ with different regions dedicated to specific tasks. This area here exists for vision, that swath there is necessary for knowing how to use tools, this region becomes active when resisting candy, and that spot lights up when mulling over a moral conundrum. All the areas can be neatly labeled and categorized.

But that textbook model is inadequate, and it misses the most interesting part of the story. The brain is a dynamic system, constantly altering its own circuitry to match the demands of the environment and the capabilities of the body. If you had a magical video camera with which to zoom in to the living, microscopic cosmos inside the skull, you would witness the neurons’ tentacle-like extensions grasping around, feeling, bumping against one another, searching for the right connections to form or forgo, like citizens of a country establishing friendships, marriages, neighborhoods, political parties, vendettas, and social networks. Think of the brain as a living community of trillions of intertwining organisms.

Much stranger than the textbook picture, the brain is a cryptic kind of computational material, a living here-dimensional textile that shifts, reacts, and adjusts itself to maximize its efficiency. The elaborate pattern of connections in the brain -- the circuitry — is full of life: connections between neurons ceaselessly blossom, die, and reconfigure. You are a different person than you were at this time last year, because the gargantuan tapestry of your brain has woven itself into something new.

When you learn something — the location of a restaurant you like, a piece of gossip about your boss, that addictive new song on the radio — your brain physically changes. The same thing happens when you experience a financial success, a social fiasco, or an emotional awakening. When you shoot a basketball, disagree with a colleague, fly into a new city, gaze at a nostalgic photo, or hear the mellifluous tones of a beloved voice, the immense, intertwining jungles of your brain work themselves into something slightly different from what they were a moment before. These changes sum up to our memories: the outcome of our living and loving. Accumulating over minutes and months and decades, the innumerable brain changes tally up to what we call you.

Or at least the you right now. Yesterday you were marginally different. And tomorrow you’ll be someone else again.

In 1953, Francis Crick burst into the Eagle and Child pub. He announced to the startled swillers that he and James Watson had just discovered the secret of life: they had deciphered the double-helical structure of DNA. It was one of the great pub-crashing moments of science. But it turns out that Crick and Watson had discovered only half the secret. The other half you won’t find written in a sequence of DNA base pairs, and you won’t find it written in a textbook. Not now, not ever.

Because the other half is all around you. It is every bit of experience you have with the world: the textures and tastes, the caresses and car accidents, the languages and love stories.

To appreciate this, imagine you were born thirty thousand years ago. You have exactly your same DNA, but you slide out of the womb and open your eyes onto a different time period. What would you be like? Would you relish dancing in pelts around the fire while marveling at stars? Would you bellow from a treetop to warn of approaching saber-toothed tigers? Would you be anxious about sleeping outdoors when rain clouds bloomed overhead?

Whatever you think you’d be like, you’re wrong. It’s a trick question.

Because you wouldn’t be you. Not even vaguely. This caveman with identical DNA might look a bit like you, as a result of having the same genomic recipe book. But the caveman wouldn’t think like you. Nor would the caveman strategize, imagine, love, or simulate the past and future quite as you do.

Why? Because the caveman’s experiences are different from yours. Although DNA is a part of the story of your life, it is only a small part. The rest of the story involves the rich details of your experiences and your environment, all of which sculpt the vast, microscopic tapestry of your brain cells and their connections. What we think of as you is a vessel of experience into which is poured a small sample of space and time. You imbibe your local culture and technology through your senses. Who you are owes as much to your surroundings as it does to the DNA inside you.

Komodo dragons come to the table with a brain that unpacks to approximately the same outcome each time. The skills on their resume are mostly hardwired (eat! mate! swim!), and these allow them to fill a stable niche in the ecosystem. But they’re inflexible workers. If they were airlifted from their home in southeastern Indonesia and relocated to snowy Canada, there would soon be no more Komodo dragons.

In contrast, humans thrive in ecologies around the globe, and soon enough we’ll be off the globe. What’s the trick? It’s not that we’re tougher, more robust, or more rugged than other creatures: along any of these measures, we lose to almost every other animal. Instead, it’s that we drop into the world with a brain that’s largely incomplete. As a result, we have a uniquely long period of helplessness in our infancy. But that cost pays off, because our brains invite the world to shape them — and this is how we thirstily absorb our local languages, cultures, fashions, politics, religions, and moralities.

Dropping into the world with a half-baked brain has proven a winning strategy for humans. We have outcompeted every species on the planet: covering the landmass, conquering the seas, and bounding onto the moon. We have tripled our life spans. We compose symphonies, erect skyscrapers, and measure with ever-increasing precision the details of our own brains. None of those enterprises were genetically encoded.

At least they weren’t encoded directly. Instead, our genetics bring about a simple principle: don’t build inflexible hardware; build a system that adapts to the world around it. Our DNA is not a fixed schematic for building an organism; rather, it sets up a dynamic system that continually rewrites its circuitry to reflect the world around it and to optimize its efficacy within it.

The Brain: Our Reality Generator

Neurons are the cells that make up the brain and neural systems of the body. There are an estimated 86 billion neurons in the brain. The cortex is main information processing area of the brain and it contains about 30 billion neurons. An average neuron in the brain has about ten thousand dendrites (inputs) and about ten thousand axon terminals (outputs). Information enters a neuron through its thousands of dendrites, flows down the axon and exits through its thousands of axon terminals. The synaptic cleft is the space between an axon terminal and a dendrite. When we consider the number of possible synaptic connections in just the 30 billion neurons in cortex, we are dealing with hyper-astronomical numbers: 10 followed by at least a million zeros.

The number below is the total number of particles in the known universe:

The human brain is the most complex known object in the universe!