Verses that have been very familiar are transformed into words with very different meanings when you discover what key words meant in the first century in the Second Temple culture of the Real Yeshua. If you like “Yeshua’s Vocabulary” and look forward to new words being added, “Like” our Real Yeshua Facebook Page.

TZEDAQAH -- Usually translated "righteous" is a very important word - probably the single most important word -- in the teachings of Yeshua --  “. . . but the righteous (will go) into eternal life” (Matthew 25:46b). In Matthew 25, Yeshua used "righteous" to describe those who fed the hungry, clothed the naked, gave drink to the thirsty, visited the sick, etc. Today, most Americans use the word “charity” to describe acts such those. But, there is likewise a far cry between the meanings of the Hebrew word TZEDAQAH (from the stem TZADAQ, “to be just or righteous”), with its implications of social justice, and the English word “charity.” In the case of “charity” the recipient sees himself beholden to the donor, whose action is voluntary. TZEDAQAH, on the other hand, has to be performed as a matter of obligation and the recipient is in no way indebted to the donor. The needy have a right to TZEDAQAH, while those possessing means have a duty to give it. Indeed, even a poor person who receives TZEDAQAH must in turn give TZEDAQAH.

SHALOM -- Usually translated by “peace,” has in effect little in common with its English equivalent. SHALOM does not have the passive, even negative, connotation of the word “peace.” It does not mean merely "the absence of strife." SHALOM is pregnant with positive, active and energetic meaning and association. It connotes totality, health, wholesomeness, harmony, success, the completeness and richness of living in an integrated social milieu.

(Hebrew: The Eternal Language by William Chomsky; p. 4) Now, in light of the above information, consider what Real Yeshua wanted his followers to do when he said -- "Blessed are the SHALOM makers, for they shall be called sons of God." (Matthew 5:9)

Some passages suggest that Jesus may have been influenced in a positive fashion by the Essenes. The very first beatitude in the Sermon on the Mount is “Blessed are the poor in spirit, for theirs is the kingdom of heaven” (Mt 5:3). The meaning is now supplied in the Dead Sea Scrolls. The terms, “poor in spirit’’ and “poor,” are technical terms used only by the Essenes to describe themselves. “The Poor in Spirit” and “the Poor” signified that they had renounced all worldly possessions and dreams so that they might be members of God’s lot, and the remnant of God’s chosen elect.

According to our existing sources, the Qumran community and no other group used these technical terms to refer to itself.  It is not necessary to discern whether Jesus uttered a blessing upon “the poor in spirit,” as in Matthew, or upon “the poor,” as in Luke. Studies of these passages suggest that the traditions arise ultimately from Jesus. We are confronted, thence, with an intriguing possibility: Was Jesus referring to the Essenes, “the Poor,” and praising their absolute allegiance to God and desire to be purified and holy?

The first beatitude would be in harmony, then, with many of Jesus’ sayings regarding the cost of discipleship; for example, Mark 10:21, “go, sell what you have, and give to the poor, and you will have treasure in heaven; and come, follow me.” Like the Essene, such a follower would have become poor for the sake of God’s Kingdom. It is conceivable, therefore, that Jesus could have been positively influenced by the Essenes’ dedication. Perhaps the first beatitude originally meant something like the following: “Blessed are you Poor — who like the Essenes live only for God — for you already possess God’s Kingdom.” 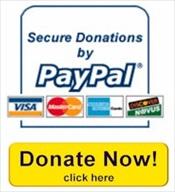